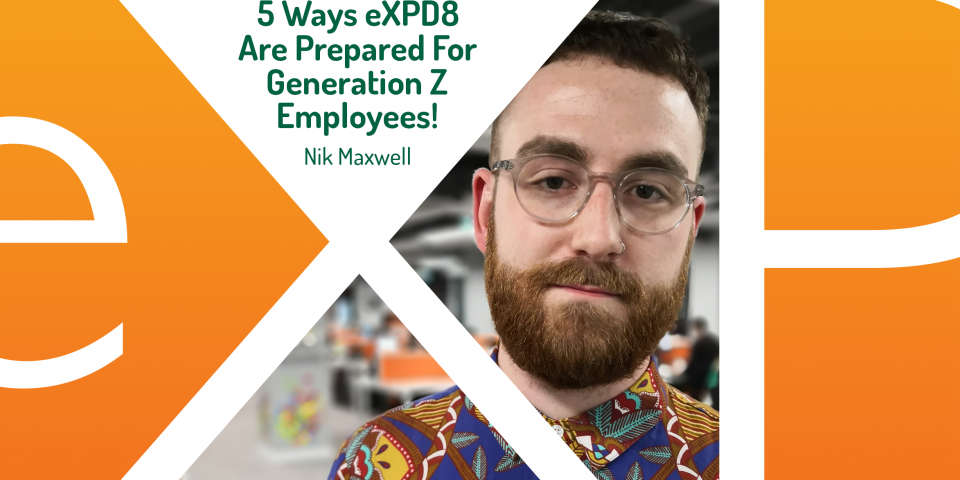 The way the world works, and the way companies work, is changing faster than ever. We all operate in a diverse landscape, with the current workforce already housing four generations of employees. This year, more and more Generation Zs (those born between 1996 and 2010) are turning 22 – and are joining the fray.

Here at eXPD8 we pride ourselves in our ability to adapt to modernity, and no generation exemplifies modernity more than Generation Z. The first truly online generation – they’ve never known a time without the internet, computers, and mobile devices. They’re also motivated by different things than their predecessors, and companies will need to learn this if they’re to find the talent they want among Generation Zs but also to tailor their business to engage and support them throughout their career.

So, here are 5 ways that eXPD8 are poised and prepared for the newest addition to the generational club.

If this sounds like something you’d like to be a part of, be sure to check our vacancies page regularly for opportunities that suit you, no matter your goal.