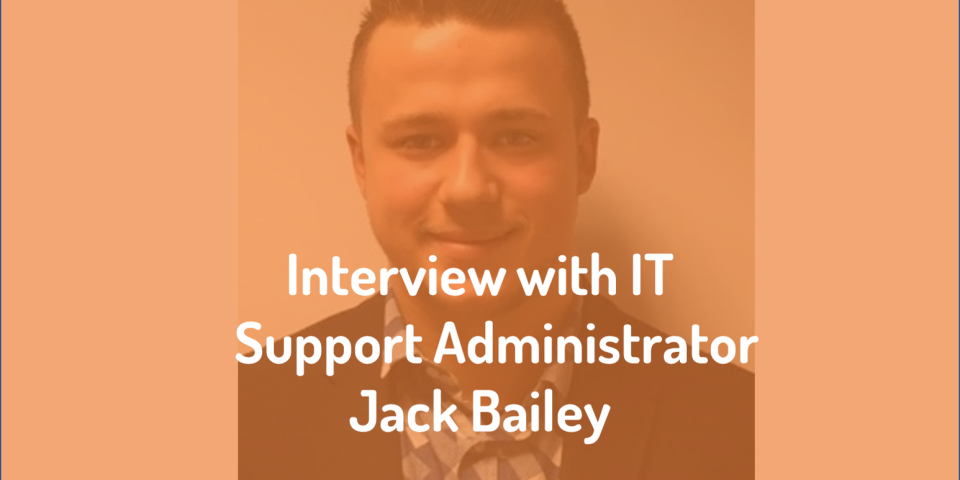 What is your full name?

What’s your favourite thing about eXPD8?

“Supporting the field staff with all of their issues and queries, building tablets for users across the UK and Ireland, the friendships I’ve made over the years and the social activities we participate in.”

What are you known for?

“I’m known for dressing up on launch days, during my 4 years at eXPD8 I’ve been the Hulk, a Minion, a princess, various LEGO characters, a clown, and I came in dressed/painted grey for 50 Shades. I’m also known for my weird sense of humour and occasionally funny puns (hopefully).”

What’s your favourite thing about IT?

“Being able to fix a wide range of issues for my colleagues in the field and in the office, and being relied on to ensure that all of the technology we use is running smoothly.”

Why did you choose that profession?

“When I was a child I had notoriously bad handwriting, alongside my IT lessons I began learning to touch type at a young age, this then led to me discovering how fun and interesting computers were and as I became a teenager I realised that I wanted to work in IT.”

What is a skill you’d like to learn and why?

“I’d like to expand my IT knowledge in the future, specifically in hardware and networking so that I can take on more challenging issues and support my colleagues more effectively.”

What do you think about when you’re alone in your car?

“I don’t drive so tend to take the bus, and generally I’m only alone there if I fall asleep on the way home from a night at the pub and wake up at the last stop”

What’s the most interesting thing about you?

“After leaving school I was part of an amateur dramatics group for 5 years, during this time I performed in 15 consecutive shows, some of which my colleagues came to see. This probably influenced my love of dress-up…”

What do you feel most proud of?

“How much I’ve developed during my time at eXPD8, as an IT professional and as a person too.”

If you could travel anywhere, where would you go and why?

“Surprisingly I’ve never been abroad, however I am keen to visit Budapest, my girlfriend is from there so I’m sure I’ll be travelling there soon which will be a big experience for me, and I’d also like to visit America and experience all of the different adventures that are possible over there.”

How do you spend your free time?

“Spending time with friends and family, binge watching a boxset, and playing console games or Pokemon GO (try not to judge me).”

What was your most embarrassing moment?

“Wasn’t embarrassing at the time but when I was 12, on the first day of the summer holidays I broke my arm by falling off a wall which was about two feet high whilst playing a chasing game with friends, I was then in a cast for the rest of the summer.”

Thanks for your time Jack!