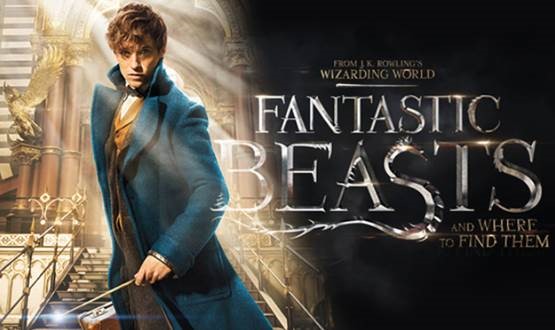 I was lucky enough to have the opportunity to watch the highly anticipated and long awaited Fantastic Beasts and Where To Find Them film this week. Now, I am normally a bit sceptical about films based on fantasy and magic but nonetheless, I was excited to see what this film had in store for me. The film is about a writer Newt Scamander played by Eddie Redmayne and his adventures in New York’s secret community of witches and wizards seventy years before Harry Potter reads his book in school. Having never watched any of the Harry Potter films all the way through (shameful to many avid fans I know), this meant that I could watch the film with no pre-conceptions and with a fresh outlook knowing that the film wasn’t necessarily following on from the Harry Potter film series; albeit there were some references I still didn’t get!

I loved the fact that the film was set in 1920’s New York and one of the first things to note about the film was the incredible special effects, making it one if the best films I have watched in 3D. The imagination and the wide array of colourful and eye-catching magical creatures makes it visually stunning to watch. I was also excited to see Eddie Redmayne’s performance in this film, after seeing him play such diverse and true to life portrayals in the Theory of Everything and The Danish Girl which I would class as films more traditionally up my street, I wanted to see how he would take on the character of a fictional wizard.

One of the best things for me was seeing his growing friendship with a No-Maj who helps Newt in his quest to capture some of his fantastic beasts. The growing friendship and the moment where the wizards had to say goodbye to this “non- magic person” for me gave the film a heart-warming touch.