2017 really was the year for women in Hollywood, whether it was Gal Gadot gracing our screens as Wonder Women or the women (and men) who came forward in the #MeToo campaign. With 2018 looking set to be even bigger, (just look at the impact the women made at the Golden Globes), we take a look back over the past year at the female strong films and TV shows that shaped our 2017. 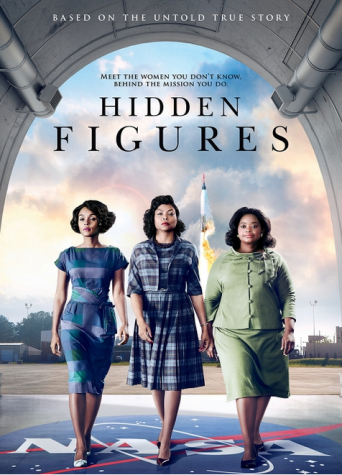 Nominated for 3 Oscars, it is not surprise the biographical Hidden Figures out sold big name blockbusters such as X-Men and Jason Bourne at the box office despite the significantly smaller budget. The movie tells the story of 3 Afro-American women in the 60’s working on the Space Race for NASA. In a pivotal moment we see the US Astronaut John Glenn say ‘Get the girl to check the numbers, if she says the numbers are good, I am okay to go’. The movie doesn’t just show the impact that these women had at NASA but also the struggles they faced living in the 60’s with even their own husbands unintentionally questioning their intelligence and drive. The film set the bar for female dominant films in 2017. 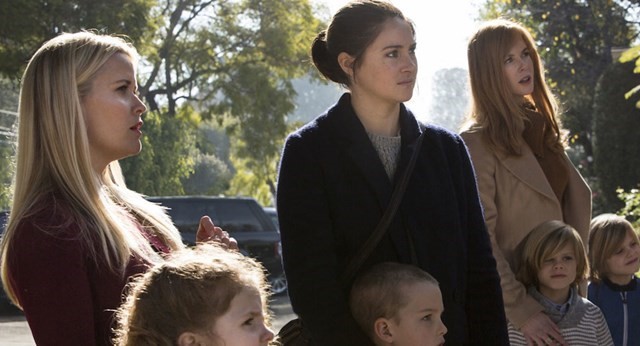 Although not technically a film, this fantastic TV drama definitely deserves a mention. It’s not just the plot that empowers women but also the production behind scenes. The title shows the protector role that women often feel for one another, empowering these women to stand up for themselves against the men in their lives. The 7 part drama shows how someone’s seemingly perfect life can easily spiral out of control. With the men taking back seat, it  allowed for the 3 main protagonists stories to really play out. This female domination makes a change from 2016 where the Centre for the Study of Women in Television and Film reported that roughly 6% of programs feature a cast with more female than male characters. If you haven’t already seen it then you definitely should. It will leave you shouting out your screens, crying into a tissue or punching the air in joy. 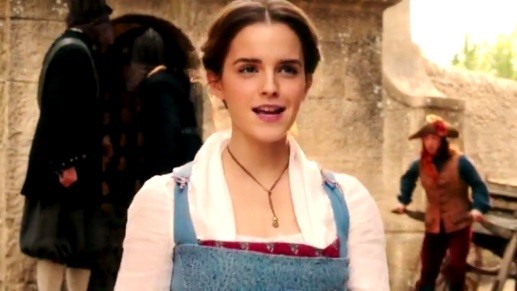 Beauty and The Beast

Belle presents us with a heroine who is not on a quest to find true to love but instead a sense of independence, to quote her ‘There must be more than this provincial life!’. This longing for adventure is a refreshing change as we see Belle reject the advances of the handsome Gaston who assumes he can have any woman and unable to deal with the fact that a woman does not want to be with him. It could be said that Belle reflects the ideology of career driven millennials who are constantly searching for their next adventure and choose to put themselves first to achieve this 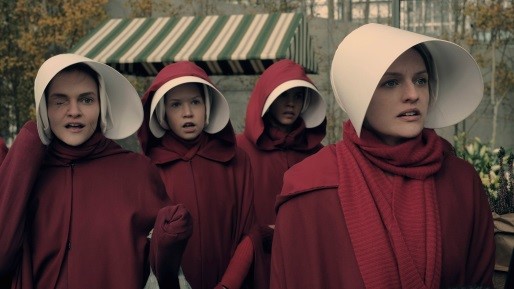 Having recently received a Golden Globe for Best Drama TV Series and Elizabeth Moss also receiving Best Actress in a TV Drama for her role in The Handmaids Tale clearly highlights how important the themes of this TV show are to a modern audience. Considering the show is based in a Dystopian future where women have no rights and are only used to reproduce, the show gives horrific insight into the oppression of women but also gives a voice to women, through representation of feminism and politics, having these ideals shown so graphically in a widely watched TV series gives a voice to women and a harsh reality check of a potential future, where these issues are still affecting women today. Elizabeth Moss quoted from the novel when accepting her award at the Golden Globes which is poignant due to current events “We no longer live in the blank white spaces; we no longer live in the gaps between the stories.” 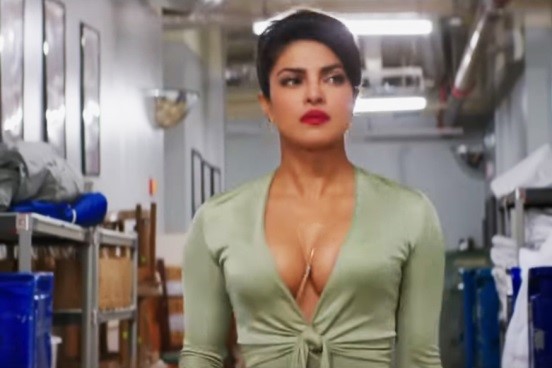 You may be wondering how Baywatch inspires female empowerment with classic character stereotypes of the beautiful, busty women in a tiny swimsuit running along a beach with a crowd of men lusting over them… however believe it or not the villain of the film Victoria Leeds, played by  Priyanka Chopra, was originally written for a male role. After Meeting with Priyanka the film’s director decided to re write the script as he like the idea of a woman playing such a negative role and having a woman take advantage of the male ego. 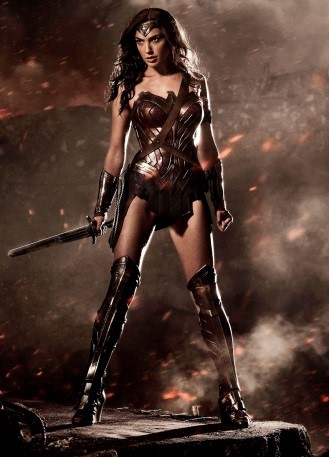 The long awaited and highly anticipated Wonder Woman hit our screens this year with Gal Gadot taking on the role ready to fight against evil in order to protect the world. She is strong, independent and displays self-belief always ready to stand for what she believes in. Some may argue that it does not represent the feminist view point as it is ultimately her love for man that saves the day however it could also be said that it questions the feminist stereotype and instead represents equality for woman and choosing to do what you want rather than what you are told 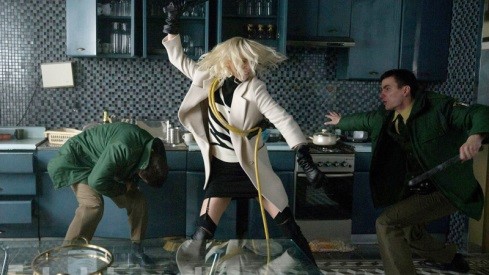 This beautiful femme fatale is not one to be messed with. It is refreshing to see a woman take on such a strong role that we see so often taken on by the like of men in big name blockbusters. Upon filming Charliez Theron ensured that her character fought like a woman, having to work twice as hard against battling men. We see the bruises she acquires when fighting men double her size remain with her throughout the film rather than disappearing a day later as is often the case with the likes of James Bond. Although not the most relatable character Atomic Blonde is a great embodiment for female empowerment. 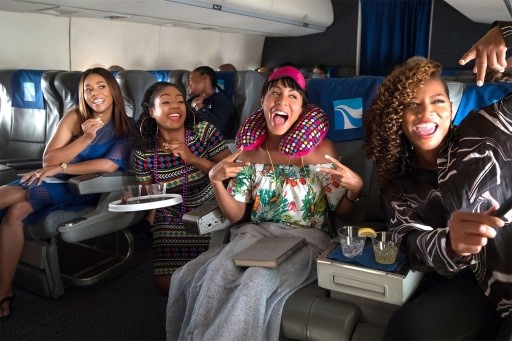 Okay so this technically came out in July but Girls Trip is the type of feel good film that any girl’s night in needs. Similarly to the hilarious Bridesmaids, the strong female leads will make you laugh out loud, cringe behind a pillow or shed a tear in the name of girl power.  The film will make you want to gather your closest friends, head off somewhere sunny and indulge in some questionable behaviour. It may not radiate feminism but it really does stress the importance of sisterhood

Battle of the Sexes

Based on the True Story of Billie Jean King and Bobby Riggs, this real-life Wonder Woman saga kicks off upon Billie Jean king’s discovery that the men’s winning prize for a Tennis Tournament is 8 times the value of the Women’s. We see the female athletes take a stand by first starting their own all Women’s Tour and then following on to the match between Billie Jean King and Bobby Riggs. The film shows women taking a stand and having a voice against the oppression the female gender experience, showing that men and women are equal in a gripping representation of real events. 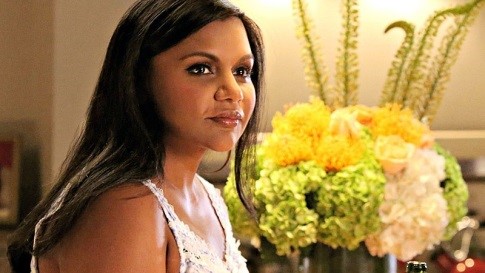 With its final ever episode just airing, The Mindy Project has projected the importance of female empowerment from the get-go. Whether it’s tackling male colleagues using pet names in the office or (spoiler alert) deciding to leave her fiancé after he tried to persuade her to quit her job and instead become a stay at home mum. We saw her struggle with balancing her career with her family however refreshingly we never saw it affect her self-confidence and belief in herself that she could achieved whatever she wanted. 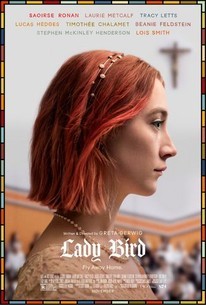 You may not have heard of Lady Bird until it swept the floor at this year’s Golden Globes, but this coming of age comedy is set to be one to watch.  The film is one of the only films to achieve a 99% rating on Rotten Tomatoes. With a strong female led cast including Saoirse Ronan and Laurie Metcalf, Lady Bird is an affecting look at the relationships that shapes us and how our beliefs define us at such a crucial time in our lives. 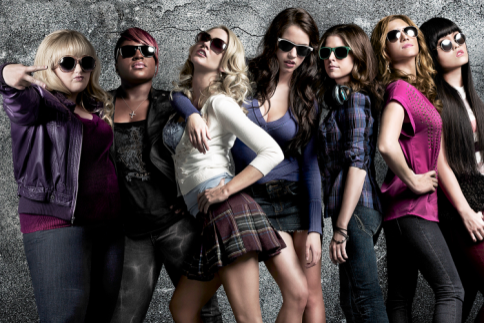 With the first 2 Pitch Perfect films have radiated girl power from the very beginning you expect nothing less from the final Pitch Perfect Film. You instantly warm to the cardio hating ‘Fat Amy’ who admits she gave herself that nickname to stop others from calling her fat. The films show how even now girls are still treated differently to guys in many walks of life and at times they must battle ten times harder than their male counterparts to achieve the same goals. All the films are still sprinkled with romantic story lines but it is ultimately the coming together of girl power that gets them to the top.

I can’t wait to see what 2018 has in store for the Women of Hollywood!