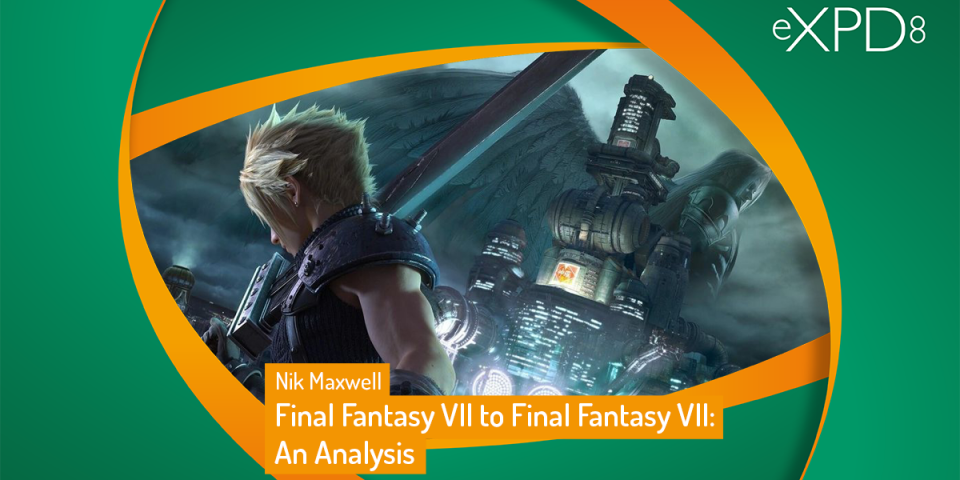 Final Fantasy VII was released on the 31st of January 1997, more than 23 years ago. It has, in all its various forms, been purchased more than 12,000,000 times. Visually and technically impressive in its time, you can now play the sprawling, 40 hour long JRPG on your phone. It is perhaps an understatement to cite Final Fantasy VII as a beloved entry in the series, with it regularly topping lists of the best and most influential games of all time, spawning several spin-off games, movies, and even a fan-made comic book. People were happy but not surprised when, in 2015, it was finally announced that a remake of Final Fantasy VII was in the works. The videogame industry has changed a lot in the 23 years between Final Fantasy VIIs, and this blog is going to look at the three biggest ways how.

The change in technology is probably the most striking way the industry has shifted. Today’s videogames have come a long way. In the 23 years between Final Fantasy VIIs, Moore’s Law has steadily given us more powerful computers and home consoles at cheaper rates. While this trend is slowing, modern high-end gaming consoles like the upcoming X-Box Series X would have been considered supercomputers in the humble times of 1997. This is not an exaggeration. ACSI Red, the world’s fastest computer until the year 2000, was able to achieve a peak speed of 1.3 teraflops (about 1.3 trillion calculations a second). The X-Box Series X, on the other hand, is set to have a graphics processing unit that operates closer to 12 teraflops. This means the pre-rendered backgrounds and low polygon figures of the original are gone; replaced by the almost-but-not-quite photorealistic character models generated by the Unreal Engine 4.

A huge part of today’s gaming landscape is multiplayer. Millions of players join the lobbies or worlds of online games each night, a feat (mostly) impossible in 1997. Even ostensibly single player games like 2019’s Death Stranding can’t resist dabbling in online connectivity, with players leaving footprints and lost cargo strewn around other player’s worlds. While this is often thought of as a completely modern phenomenon, there are some examples of multiplayer games that stretch back as far as 1973, the year that saw the release of Empire, an eight player strategy game that used a network of different machines and screens. Competitive multiplayer evolved quickly – the first multiplayer game depicting handheld firearms and featuring human-to-human combat, now so ubiquitous to modern gaming, was released soon after in 1975. Titled Western Gun, the Wild West themed game has several features that would be familiar to a modern player, including cover mechanics, destructible environments, and even a dual analogue system. Image courtesy of the International Arcade Museum.

The way people buy games has also changed. In a move that would be familiar to anyone in the music industry, many consumers have moved away from buying physical media (such as discs and cartridges) towards completely digital products. Streaming platforms have now made their way into the gaming industry, with subscription services like Playstation Now and Game Pass allowing thousands of titles to be beamed onto TVs via the internet. Dedicated streaming consoles are now also contenders in the gaming landscape following the 2019 launch of Google Stadia, and one version of the X-Box One S has opted to ditch its disk drive, marketed as the “All Digital” edition. All of this has led to a massive 80% of the UK’s annual videogame sales now being digital. This can change the way a game feels to own and play, with big games like Final Fantasy VII (and most of its PS1 cousins) originally shipping on 4 discs. Go back further and playing games becomes even more of an analogue experience, closer to playing a vinyl, complete with the clicks and whirs of moving parts. With vinyl recently outselling CDs for the first time in 40 years, the door remains open for a strong physical presence in gaming.

With its history of quick technological uptake, eXPD8 continues offering modern and reactive services to its entertainment clients! If you’re wondering how we can help you achieve your business aims in 2020 and beyond, then please, get in touch today!