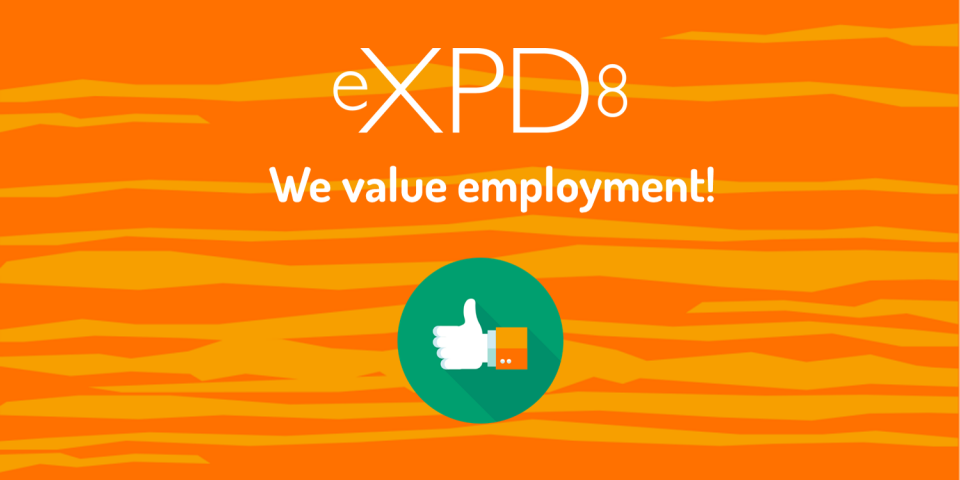 I have worked with eXPD8 since the company was set up in 2002 helping them to create teams of wonderful people who deliver service excellence, first time… every time to their fantastic clients.

At the outset, one of the first questions they asked themselves – “do we want to be an employer or use people through a booker and/or via self-employment?”   They soon came to the realisation – and the commercial reality – that employed people who are guaranteed a minimum number of hours, are more engaged, more loyal, more motivated than those who may represent your brand on a self-employed basis.  That is not a criticism of people who are self-employed who are hardworking and great people but a matter of common sense.

Progressively over time, many organisations – both in the ‘Gig economy’ but particularly field marketing, have started to move to using people resource on a self-employed basis.  The reason they’ve done it is because employing people is more demanding in many regards as employment places all sorts of obligations on the employer.

An employer has to pay employer’s NI, pays into a pension for you, gives you paid holidays, pays SSP/SMP etc and also inducts, trains and develops you whilst paying you and allocates you the kit (like a tablet) to do the job.  A criticism of companies that do not employ their staff is they are doing this to avoid their social obligations and to save on tax.

There has always been the counter-argument that self-employed people earn ‘more’ but in all the cases we have come across within eXPD8, (usually in TUPE situations) once you add in all the statutory rights like NI, holiday, pension and sick pay, they don’t and in some cases, would not comply with the legislation on national minimum wage.

So eXPD8 still thinks it’s much better business sense to continue to promote the advantages of employing people as opposed to using self-employed resource, but recent court cases starting with Uber in October 2016 and most recently with the ‘plumber’ have shown these people were not actually self-employed but workers and therefore entitled to all the statutory benefits. There are not only massive benefits to employing your brand ambassadors but it’s the law in the most cases!

In conclusion, at PES we say Happy People, Happy Business so it must be better to develop and cherish a great employed team as eXPD8 do!

Guest blog from Cathy Monaghan,  Head of HR at PES