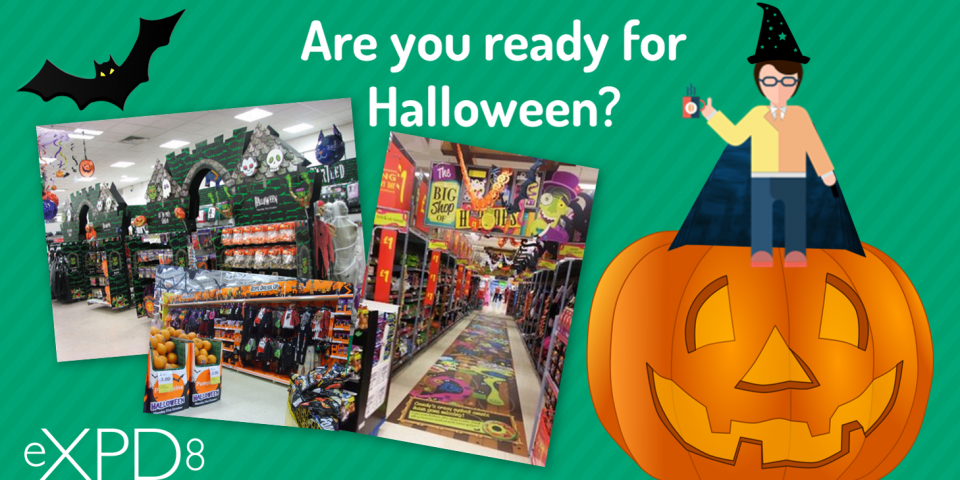 Are you ready for Halloween?

Until recently, Halloween was the celebration our American cousins did bigger and better. No longer though: the stats show that the Halloween craze is here to stay, with more Brits getting involved than ever before. Halloween is now the UK’s third biggest retail event, only surpassed by Christmas and Easter, and it is growing year on year.

According to the Guardian, the estimated spend in 2015 was £460m on fancy dress, food and decorations, whilst fake blood and pumpkin sales have jumped 3000% since 2001, with an estimated 10m pumpkins are grown in the UK every year. Sainsbury’s expects its customers to buy just over 1m pumpkins in the week leading to Halloween, and said sales of pumpkins were up 11% year on year in its supermarkets.

Whilst parties were once focused on children, Tesco’s Halloween buyer, Bryony Watson told the Guardian adults were increasingly prepared to dress up. Supermarkets are the main beneficiaries, with Asda the biggest seller of costumes in the UK.

Business is booming, and as the craze for Halloween moves across the pond, supermarkets are dedicating more space than ever before for ghoulish-themed items. The combination of a very limited sales window and the level of competition for buyer’s attention has meant that merchandising has become the vital tool for a huge number of brands to maximise sales during this busy time. There’s more need than ever before to ensure products are fully stocked, prominently-placed in store and looking fantastic.

To find out more about how eXPD8 can help, get in touch with our FANG-tastic team.