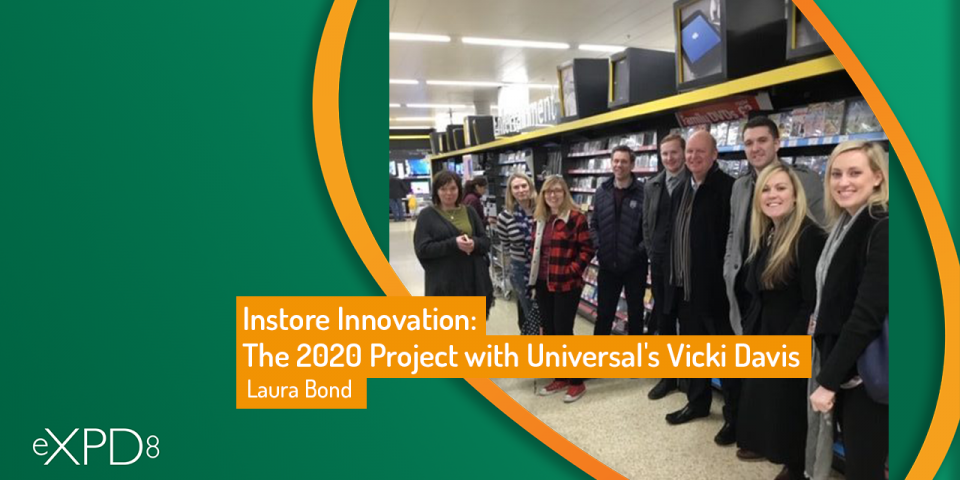 In the ever-changing world of retail, it’s crucial that brands regularly re-evaluate themselves to ensure they’re offering the best possible shopping experience for their customers. It’s all about instore innovation! Those that do and subsequently adapt to fit the needs of their customers are the ones that stand the test of time. They’re the ones that keep their stock on shelves in the face of competition. Well, a group of our entertainment and retail clients knew this, and so decided to launch a project to re-invent the entertainment category. Coined Project 2020, the project was launched in 2018 with the aim of making the department easier and more enjoyable for customers to shop.

Turning a plan into reality

After over a year of planning the group, made up of all of the major film studios, saw their ideas brought to life in March 2019, when the department in an ASDA store in Morley was re-fitted to try out various display and POS ideas. After a successful trial period with some great results, the trial was then rolled out to an additional 10 stores in August last year.

eXPD8 have been lucky to support the instore innovation trial from its launch, by supporting with ideas at the beginning and then more recently by implementing new items of POS and documenting changes in the trial stores. I was also lucky to catch-up with one of the group’s members, Vicki Davis, Head of Customer Experience at Universal to discuss her thoughts on the exciting venture…

What were the main reasons the project was needed in your opinion?

The BASE Project 2020 Working Group was formed in 2018 to support retailers in keeping the DVD aisle vibrant, relevant and visible through instore innovation to 2020 and beyond. We have a large number of shoppers who continue to love DVDs and Blu-rays but the way the product is displayed instore hadn’t changed that much for many years. We felt there was more we could do to bring the excitement of our content and of the cinema to the instore environment.

How was working collaboratively with the other studios?

The project group has been a huge group effort – at different times, different studios have taken the lead on different aspects of the project, but everyone has been motivated by finding solutions that will be good for the whole category, rather than pushing individual studio agendas. Over the course of the past two years we have had weekly calls, multiple meetings, store visits and idea generation sessions. We have also spent quite a lot of time on the train to Leeds together, so we have bonded over train delays!

How did you go about getting your ideas together and selecting which ones to use?

Initially we spent some time looking at all of potential areas that we could focus on for each retailer, but we soon realised that because everyone in retail is so busy, it might be more helpful to take a radically different approach. We got all the studios’ buy-in to work with an innovation agency, Hidden Gorilla, who had worked with various retailers and big brands such as Lego on innovation projects. We had a 2-day workshop session, where we worked up 27 different ideas that could be put in front of retailers. When we went to see Asda, they agreed that we could try out some of the ideas in one store, for one week.

How did you test the ideas in store?

Hidden Gorilla’s unique approach is to run live week-long trials in a store, with designers and a 3D printer on site so that the ideas can be tweaked based on shopper feedback over the course of the week. Before the trial went live, in the Asda store in Morley, we spent some time with the Asda team refining the 27 ideas into three different approaches to the aisle, which were shown to current and former DVD buyers who shopped regularly in the Morley store. They gave us some very clear feedback about what they wanted (make it easier to find what I want through display by product type, tell me what’s coming up with coming soon info, make it a night in with food offers etc.), which were worked up into POS materials, then we refined the layout and signage over the course of the week.

Were you surprised by any of the results you came across?

I was surprised that shoppers felt so strongly about the need to display the product by genre; one customer said to me “I just want to see ‘that’s for me, that’s not for me’”, customers really didn’t like what they saw as a “jumble” or “mish-mash” of product. Sometimes, instore innovation just means refining the basics. I was also really pleased that the recategorisation of the aisle makes it easier for colleagues to replenish the shelves and has reduced the number of shopper questions.

It’s great that Asda took many of the learnings from the Morley trial and implemented them in the main estate during summer, but there are still a few components of the trial stores which I think really help these stores be that extra bit better. The fact that the chart is blue and the offers bay red in the trial stores means they really stand out from the other bays. The ‘Coming Soon’ poster is a great source of information and we know that customers come back into the store when they know that a certain title is being released on a certain date. Last but not least, the (larger) lightbox posters and subtle dots on the POS materials bring a more cinematic feel into the aisle.

Were there any challenges you needed to overcome?

As always, we probably would have liked more time and more money! All of the trial stores we have worked with in Asda have been very different – the location of the DVD aisle can vary quite a lot, as can the foot traffic through the aisle. We feel there is probably still more work to be done in reminding people that the store sells DVDs and to point them in the direction of the aisle in some stores.

What have been your personal highlights from working on the project?

I’ve really enjoyed working closely with Asda, with BASE, with Hidden Gorilla and with the other studios (and with eXPD8, of course!). Seeing the trial store in Morley and the positive reaction of a customer who had seen the “before” version and then then came back to see the “after” version was really exciting and made all the hard work worthwhile. Obviously, it was also great to see the trial being rewarded with the Innovation Award at the Asda General Merchandising Conference in the summer, beating all other GM suppliers.

eXPD8 have been delighted to be able to support the instore innovation project and help the group see their ideas brought to life. If you would like to know more about the entertainment market or the work of the experiential agency Hidden Gorilla, please visit their websites https://baseorg.uk/ and http://www.hiddengorilla.com/. Or if you would like eXPD8 to support your brand through our innovative syndicated field marketing, please get in contact by emailing us on hello@expd8.co.uk.