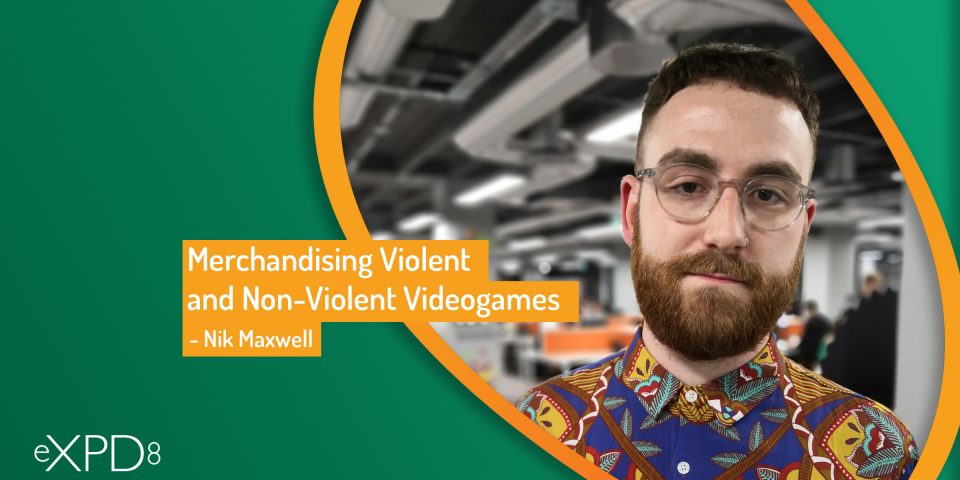 The debate around violent and non-violent videogames is inescapable. Walmart is reportedly removing all violent video game adverts. Iraq, citing the dangers violent videogames pose to children, has recently voted to ban some of the most popular games in the world. Of the 20 best selling games of 2018, 16 of them are considered to contain violent themes by the independent age rating body, PEGI (of the 4 games that did not, 3 were sports titles and the 4th was Mario Kart). So why is violence thought to be such a common theme in video games, is this changing? Will this allow more space for merchandising non-violent videogames?

It’s easy to see why violence has historically featured in video games. It’s a simple tool that can be used to justify gameplay, particularly when technology restricted the ways in which developers could express more abstract and narrative aspects. Conflict and violence, conversely, have simple rules and simple goals: hit the other things and don’t get hit yourself. Ballistics, damage numbers, and health points are all relatively simple to program and have clear cut winners and losers. That is perhaps why, when videogames have attempted to move away from conflict, they have taken these simple formulas with them. The Sims, for example, frames building relationships in a way other games frame combat.You achieve your romantic goals by telling enough jokes and tickling someone often enough they marry you. You increase “affection” points in the same way you might increase “damage” points elsewhere.

There does, however, seem to be a growing market for games that do not feature violence. My Time in Portia, for example, is a 2019 game based around the goals of building up a run-down smallholding, befriending locals, and crafting furniture for your home. This is a game concept shared most famously with the Harvest Moon series, and more recently by the surprise hit Stardew Valley (Stardew Valley, which has watering plants as a significant portion of its gameplay, outsold Call of Duty on Steam in 2016). But even these games cannot resist including some violence, with monsters lurking in the mines and dungeons of their otherwise peaceful worlds. Stillness of the Wind is another modern example of a game that doesn’t use violence as its driving conflict – instead the player deals with loneliness, isolation, and simply filling their time. The rise in popularity of photo modes and enemy-removing modifications in videogames is also, it has been argued, evidence of a desire for alternatives to videogames filled with violence and conflict. The recent Spiderman, for example, contained side missions that tasked the player with photographing famous Manhattan landmarks – and these photos can be shared with other players online.

A familiar face in the zeitgeist of modern gaming is the ‘battle royale’. It is a very simple gaming premise; a group of players begin the game and just one player survives until the end. This genre is hugely popular and most examples of ‘battle royale’ games feature violence, with players scrabbling for weapons and manning fortresses within a limited (and often shrinking) gaming space. But even this genre now has a non-violent option. Developer AKIRA has released, for free, onto Nintendo’s online platform the game Tetris 99, a competitive reimagining of the classic block building game Tetris. 99 players compete head-to-head, vying to be the last one standing. While the game does have its own form of conflict (players can build up permanent grey blocks onto their opponent’s screens to disrupt their play), it is distinctly non-violent.

How does this Impact us as Merchandisers?

It is clear then that non-violent videogames are viable in today’s market. eXPD8, as a company, has always been proud to be involved in the videogame industry – but the prevalence of violence in video games changes the ways in which we can interact with new titles. In a previous blog, I wrote about how in-store displays might change as virtual and augmented reality technology becomes more prevalent. One thing that could be problematic about this change however, is the prevalence of violent themes in videogame advertising. The inclusion of these themes (in the form of weapons, blood, or graphic images) on covers, adverts, and POS has already impacted setups. POS showing characters holding rifles and other weapons, for example, has previously had to be removed from the front of stores when it was deemed inappropriate to have them on display during Remembrance Day. Wolfenstein 2: The New Colossus, a 2017 alternate-timeline shooter set in 1960’s America, suffered a double set of controversies by depicting both violence and Nazi iconography, which was for a long time another videogame staple.

What about the Weapons?

It is difficult to imagine a way in which a modern first-person shooter could advertise itself without including things like weapons. Many videogame character’s weapons, like Cloud’s Buster Sword, are part of their character identity. Developers and publishers often choose box art, posters, and standees depicting their characters holding weapons. Red Dead Redemption 2’s cover art, for example, goes so far as to depict the main character aiming a revolver at the audience, an invitation for them to engage with the text. It is not, however, difficult to imagine the ways in which a non-violent videogame could present itself in-store. This concept art by Peter Lourenco of an NBA2K16 FSDU, for example, transforms the unit into a basketball hoop, allowing customers to engage with the product in a way that would be impossible (or at least inappropriate) for games with violence as their primary narrative force.

Any trend away from violent themes would allow designers more opportunities to engage with the core elements of gameplay, rather than relying on more familiar tropes, box arts and aesthetics. This would allow the industry to reach out to new consumers, markets, and drive those ever-important sales. With some huge videogame releases on the horizon, eXPD8 can’t wait to see how the way we advertise, launch and play videogames continues to evolve.