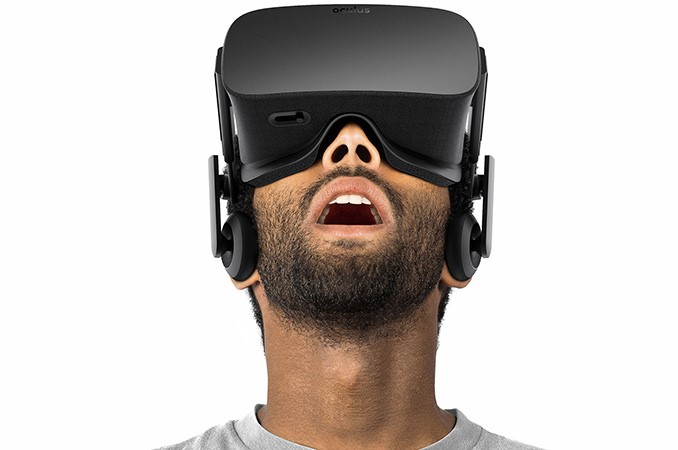 On a recent trip to Amsterdam whilst taking in the delights of the Netherlands Capital I stumbled upon an interesting little bar located near the epicentre of Central Station. Outside read:

All my childhood fantasies of becoming a part of my favourite films were suddenly there in front of me, how could I possibly pass up the chance to experience this?! I grabbed my partner excitedly jumping up and down shouting “Can we, can we, can we!” (Perfectly normal for a 27 year old in my eyes).

Unlike your conventional cinema at first glance you would mistake this cinema for a bar or coffee shop; no sign of your typical popcorn or ice cream counters I honestly wondered whether I had mistaken the sign outside for something else! However, a helpful attendant advised me otherwise and asked us to wait to be seated to begin our VR experience. 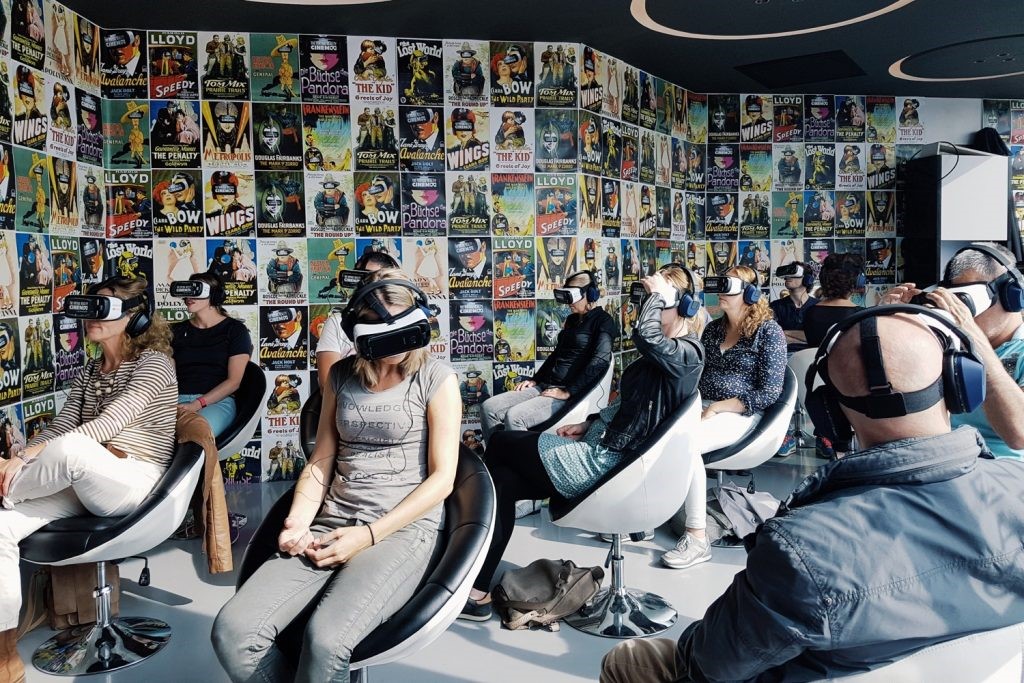 After a short wait a curtained partition was pulled back to reveal a room of about 30 swivel chairs all with their set of headphones and VR headsets. The attendant advised us before starting ‘This is an individual VR experience, to take full advantage please use the swivel chair fully, investigate your surroundings otherwise you will miss out on the full experience’.

We had four options of film selections to watch:

Being a first timer I chose the Journey option, I wanted to see exactly what the capability of this technology was…… I was not disappointed!

I think the strangest concept for me with this whole experience was that the person sat next to me was going to be having a totally different experience to what I would. It suddenly hit me that the whole ‘watch on demand’ culture that we now find ourselves in may be finding its way into the cinematic world, this time not by which screen you go to but what seat you’re in!

During my 30 minute experience I watched 5 short movies all showing off different aspects and capabilities of the VR technology. The one thing I realised was that I was completely alone, submerged in this world that was set out in front of me and the possibilities were endless. I began my experience in a busy night club, surrounded by people everywhere I turned a bystander to someone else’s life and the decisions they make. Next I was traveling through a view of our own DNA and other elemental before being shot into the cosmos. However my favourite experience was journeying into the paintings of Salvador Dali. It’s been a dream of many to be able to enter and explore paintings to this extent, Mussorgsky’s Orchestral work ‘Pictures at an Exhibition’ is probably the single most famous work to attempt to do this, and now technology is actually allowing us to do it in reality.

It is well known that technology progresses at an exponential rate, it was not long ago that 3D movies were a novelty in the cinema, now it’s rare to find a movie that isn’t shown in 3D; I believe the same will become true of the VR cinema. The possibilities with VR are endless and may even open up a new world of cinema, think of a movie world that you could watch through the eyes of different characters, interact with your surroundings or journey to destinations where it is impossible for any man to go! The demand on this technology has not only been made by cinemas viewers who are always looking for the next big thing, but also by its creators. James Cameron’s ‘Avatar’ was the first big budget movie to really show the world what 3D cinema can do, I can only imagine the spectacle that the first ever big budget VR movie will be. 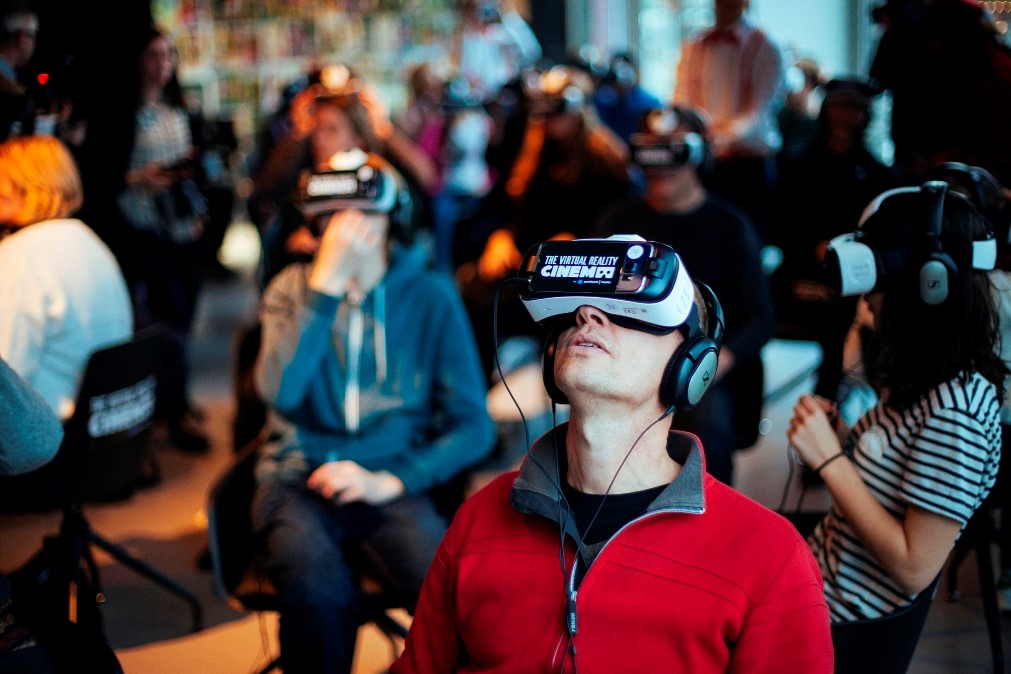 Even though it’s clear that VR is going to have a massive impact on the world of cinema its applications outside of this are going to be unprecedented. For instance, just think what VR technology could do for say:

Gaming has already seen a considerable influence from VR and has been one of the leading fields of developing this technology, with most game stores now having a dedicated VR section.

From what I have experienced the world of cinema is about to change dramatically and take us into a whole new era of film. I doubt very much that the Lumiere brothers could even have imagined what they started in 1895 when they screened the first ever film the world had seen! So buckle your seat belts, don your head gear and get ready for the ride of your life because a new world is coming and its name is VR.