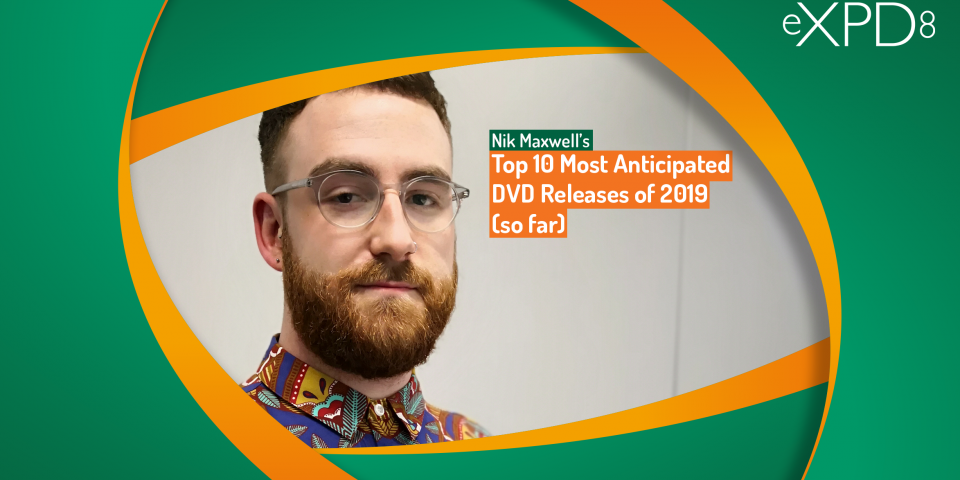 Another year, another wave of launches. 2018 was a fantastic year for movies, filled with record breakers and arthouse projects both. 2019 is set to once again raise the bar, so here’s a list of my top 10 most anticipated launches to look forward to in 2019 (so far). Estimated DVD release dates are calculated as being 16 weeks from their cinema premier.

It would be almost impossible to discuss the film landscape of 2019 without addressing the mad titan in the room that is Avengers: End Game. The culmination of twenty-one films, three phases, and $6,869,545,308, the fourth Avengers title is the end of an era. Following directly on from the events of Avengers: Infinity War, End Game will follow the scattered Avengers as they regroup in the fight against Thanos and his cosmic marble collection. With several cast members confirming that this will be their last Marvel outing, the stakes are higher than ever. Carol Danvers, the first female Avenger with her own movie, is set is to play a big role after her introduction in the upcoming Captain Marvel.

The fourth remake of the 1937 classic of the same name, A Star is Born was released in cinemas late in 2018 – to great critical response. Directed by and starring Bradley Cooper (in his directorial debut) and starring a still-fledgling Lady Gaga, the film focuses on the relationship and musical careers of its two leads. Praised for its direction, score, and casting, A Star is Born grossed ten times its production budget and secured five Golden Globe nominations, making it a successful revisit of the original.

Disney’s first 2019 soirée into live action remakes on this list is Aladdin. The original Aladdin is one of Disney’s classics, a fantasy romance from first launched 1992, itself an interpretation of Syrian folklore. The new version famously snagged Will Smith to play the lamp-ridden djinn Genie, and the titular role went to relative newcomer Mena Massoud. Directed by the usually action orientated Guy Ritchie, what Aladdin is going to look like remains a mystery to many fans – who will have to wait until May to get their questions answered.

Alita: Battle Angel is an adaptation of the 1990 manga Battle Angel Alita, written by Yukito Kishiro. In true manga style, Battle Angel Alita follows the story of an amnesiac cyborg who’s only memories are her skills in martial arts. Built on a legendary foundation of Japanese cyberpunk, which includes the revered Ghost in the Shell and Akira, Battle Angel Alita dealt with all the classic themes of the genre – artificial intelligence, identity, consciousnesses, and the reach and impact of corporations. Blending live action cinematography with CGI effects from WETA (the visual effects company behind Avatar and The Lord of the Rings), Alita: Battle Angel represents the latest attempt at an American-lead adaptation of the genre, following in the augmented footsteps of Ghost in the Shell in 2017.

The first LEGO Movie, released in 2014, has already spawned two spinoffs (The LEGO Batman Movie and The LEGO Ninjago Movie) and is getting its first full sequel this year. Retaining its famous cast, including Chris Pratt and Charlie Day, The LEGO Movie 2 busts out the big, kid-friendly LEGO Duplo blocks as the catalyst to the action.

The original It, first aired as a TV miniseries,is a cult horror classic that cemented the image of Pennywise (and the accompanying coulrophobia) into the collective consciousness of the 90s. Later remade and split into two films, the first half of It opened to cinema audiences in 2017, with a cast including Stranger Things’ Finn Wolfhard as Richie and Bill Skarsgård as Pennywise. The second half is set to jump ahead almost thirty years to give us an account of The Loser Club’s showdown with the titular creature, with Bill Hader inheriting the role of Richie.

Another Disney classic, The Lion King first graced the VHS machines of Britain back in 1994. The upcoming remake, staring Donald Glover, Chiwetel Ejiofor, and Beyoncé, seeks to build on the huge cultural impact of the original. Directed by Jon Favreau (a Disney veteran who recently completed the well-received Jungle Book remake) and scored by Hans Zimmer, The Lion King is sharpening its claws ready to for the fight to be 2019s big summer blockbuster.

Another (but rather different) superhero film set for a 2019 release is M. Night Shyamalan’s Glass. The third and final instalment of the Eastrail 177 trilogy, Glass follows on from the success of Split in 2016 and features the surprise return of Samuel L. Jackson and Bruce Willis. Part fantasy and part crime thriller, Glass promises all the usual twists and turns we expect from Shyamalan after his legendary Sixth Sense surprise all the way back in 1999.

Men in Black: International is a soft reboot of the 1997 sci-fi comedy starring Chris Hemsworth alongside and his Thor: Ragnarok co-star Tessa Thompson, and with a role reprisal from Emma Thompson. Living up to the International in its title, filming began in London, Morocco, Italy, and New York in July 2018. The film follows the London based wing of the organisation (lead by Liam Neeson) as they piece together a murder mystery.

Bohemian Rhapsody had a troubled development, losing its first Freddie Mercury in Sacha Baron Cohen and its first director in Bryan Singer. But, after all, the show must go on- and The Robot’s Rami Malek and director Dexter Fletcher stepped into their respective shoes to bring us the film in late October. Bohemian Rhapsody soared in the box office, despite not securing a release in China, helped in part by surprising success in areas like Japan and South Korea. The biopic is still going strong today, almost three months later, with plenty of cinemas still offering showings (26 screenings a day in Bristol as of the 16th of January!). This will be a big one. Anyone else having Greatest Showman flashbacks?

I couldn’t in good conscience have a top list without my personal favourite film of last year – Annihilation. The science fiction thrillerlaunched into homes back in March 2018 via Netflix – but it isn’t until April that a physical, 4K UHD version will be available. Adapted from Jeff VanderMeer’s 2014 novel, it was a return to the genre from director Alex Garland (following Ex Machina in 2014). Annihilation was everything a science fiction movie should be – visually stunning, creative, and profound. Able to be read as an invasion thriller, body horror, feminist introspection, or an exploration of self-destruction, Annihilation ticked a lot of boxes for fans of the genre.

Although the above are my personal “ones to watch out for” in 2019, we at eXPD8 cannot wait for the year ahead and to support many of our Film Studios on some of their key titles. Bring on 2019!