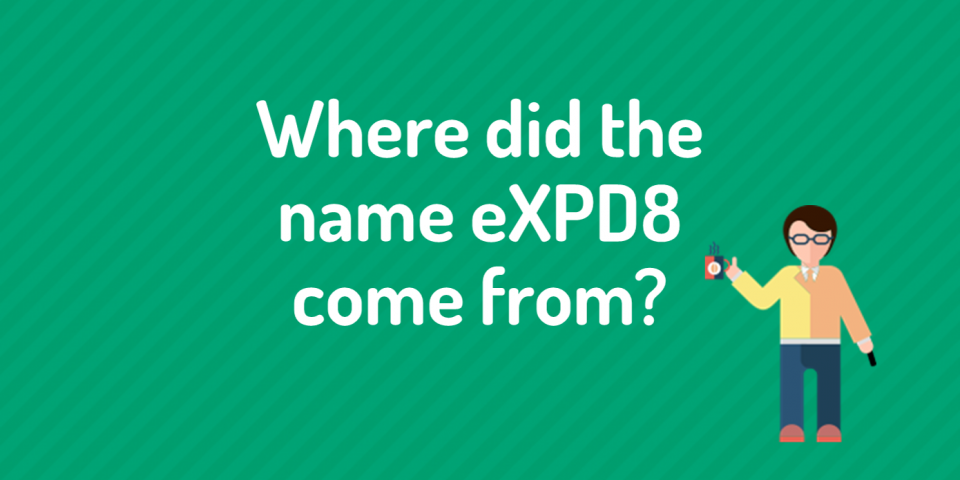 Now in its 15th year, eXPD8 has grown from modest beginnings to become a well-known name in the Retail and Field Marketing industry. We’re often asked where the name originated, so here, eXPD8’s Founding Director Peter Bailey explains.

“eXPD8, pronounced “expediate” is an alternative to the word expedite, which means to accomplish promptly, to speed up.  At the time we set up the company, we perceived that there was a dearth of companies that did what they said, so we wanted a name highlighting our determination to be different. The sense of expediting sales and improving efficiency absolutely characterised us. We were, for example, the only first and only field marketing company implementing hand-held devices across the entirety of our team.

“Many of the other field marketing companies use entirely forgettable three-letter acronyms, and we felt that our name had to be more memorable. We also wanted to include the e-commerce ‘e’. The company founders came up with a list of ideas but it was this variation of ‘expedite’ that we eventually settled on.

The word expedite comes from the Latin word expedīreto, which means ‘to set the feet free’ – particularly apt, since our work allows our clients to check their product setup in real time in hundreds of stores at once without ever having to leave the room.  We’re their eyes and their ears (and legs) in locations all across the UK.”