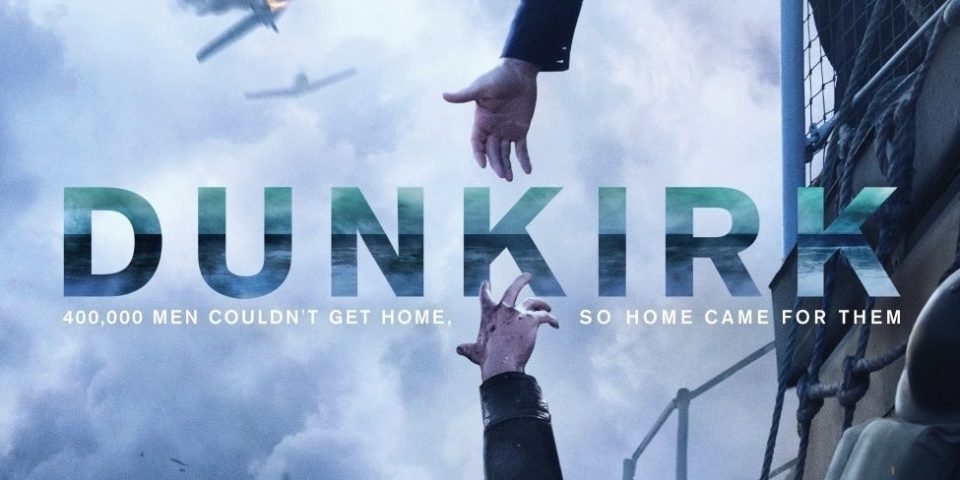 The reaction to the Theatrical release of Warner’s Dunkirk was phenomenal, bringing home more than £56 Million at the UK Box Office and forecasting huge opportunities for video sales. The Home Entertainment launch was scheduled for the 18th December, and although the potential rewards of a triple-A release so close to Christmas were tantalising, the logistical challenges were equally great. Why was the launch of Dunkirk so successful?

As eXPD8’s Retail Insight team will tell you, grocer space for our industry actually becomes less competitive in the week before Christmas, with new activity slowing down and a freeze in most grocer Chart space. It’s something of a Christmas tradition for studios to politely side-step the quagmire of last minute Christmas Cracker Cardboard, the waning support from over-stretched store colleagues, the escalated risk of delivery failures, and the minefield of Bank Holiday closures looming to halt the momentum of any campaign. 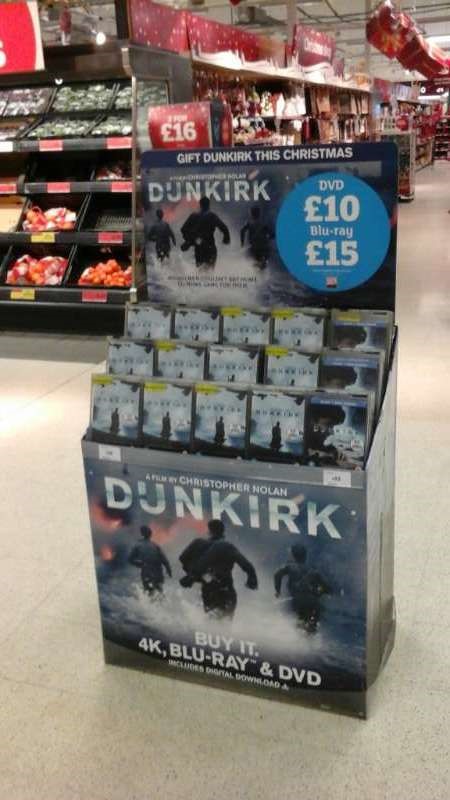 The 18th December would clearly be a tight runway to land this entertainment juggernaut, and we knew early on that it would be a technical feat even to rival October’s turbulent 3 in 3 (3 Warner launches in 3 working days). The pressure was on to deliver an epic merchandising plan on a scale to match the title, and so it was that eXPD8 took off once more into the unchartered wilderness, an exciting new product under our wing, burning every last drop of fuel and cranking down the landing gear to bring this picture to the ground.

Here’s the top 4 reasons we landed without a scratch: 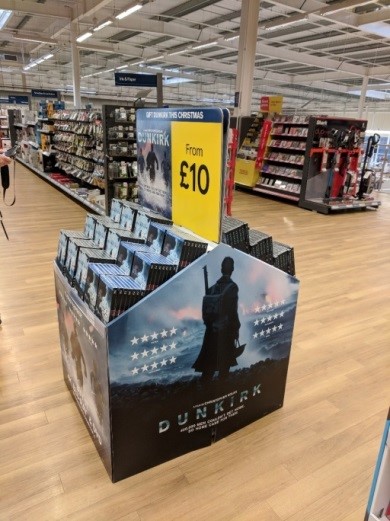 Thanks to all these efforts to stretch beyond standard process, and of course due to the brilliant work of our merchandising team throughout the country, the launch was a resounding success in every respect, achieving an overall compliance of 96%. For our own part, we approached the launch of Dunkirk like any other, helping to plan and implement the best possible strategy to ensure the highest compliance and maximise product presence. However, beyond the small part we were privileged to play in ensuring the title’s availability to you wherever you may live in the UK, the details of our own operation are not the only thing we have to say about Dunkirk. The film itself stands as a staggering achievement in film making, a truly immersive historical document, and a glimmer of hope shining in one of the darkest times of the last century. My own copy will always hold a genuinely proud place on my DVD shelf, not because it dominated three months of my professional life, but because it’s fantastic.